Twinings famously started selling their specialist teas in 1706 from London’s Strand, during this time the most popular drinks in England were coffee, gin and ale. Although tea had been drunk in China for thousands of years, it had only just been imported to England.

Thomas Twining enjoyed tea, so eventually he decided it was time to share it with England, where his customers enjoyed the benefits for the first time. When selling his tea he sold only the highest quality, and today Twinings maintains that philosophy. Ten generations have passed and Twinings continue to ensure that they keep the quality the best it can be.

They say smells and tastes can conjure up memories in an instant. Well, we say there isn’t a scent or flavour more distinctive than Lapsang Souchong. It’s all down to the pinewood smoke that permeates the tea leaves when they’re being dried.

The result? A smokey, golden tea that will evoke forests of pine trees and ice-capped mountains with every sip. 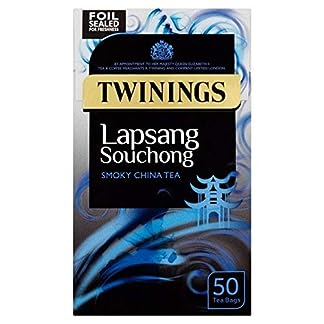